It All Started With An Old Car, And Christmas Lights

As a kid a family memory I always look back on from Christmas time was when my Mom and Dad, along with my brother, would pile into our car to drive around and look at Christmas lights. We’d take a blanket, maybe some hot chocolate, and drive around all the neighborhoods in my small Michigan hometown and look at peoples lights. What can I say, it was simpler times.

Fast forward to 2005. I’m in college, and a friend sent me a video from this new (at the time at least) website called YouTube. That video was Carson Williams light display to the TSO classic “Wizards In Winter” (https://www.youtube.com/watch?v=rmgf60CI_ks). That original video now has over 10 million views, was featured in a Miller Lite commercial, and birthed the idea in my head that one day I wanted to have a display like that.

Fast forward again, now it’s 2010, I’m long out of college, and moving into an apartment with my then girlfriend, soon to be fiance, and now wife. I had quit my job as a country music radio DJ in Michigan, and moved to the small city of Shaker Heights, Ohio. My wife and I decided we’d try to keep the tradition alive and we would drive around Shaker looking for Christmas lights. Unfortunately we didn’t see any, (come on Shaker, with some of the beautiful and giant homes, you guys gotta step it up). I knew I wanted a light display, but we were living in multi-family home, and didn’t own the place so I knew I would just have to bide my time and wait.

We moved to Akron in the summer of 2012, but again we were only renting so for the five years we were in that house, I did a very simple static icicle display on the front of the house. By this point, I had mentioned before to my wife that one day I wanted to have a choreographed light display. My wife did what all wives do when their husbands make a statement like that “ok dear, that sounds nice”. We moved again, (for real, I’ve become accustomed to moving, I moved 4 times in 7 years), and we settled in Copley, Ohio. What I loved most about Copley was that I was close to Akron and Cleveland, but still had that country, small town feel that I grew up with in Michigan. The first year in our new house my wife made the statement, that maybe she regrets now, she was in charge of decorating for Christmas inside the house, and I was in charge of decorating outside.

I consulted with my brother, who has worked on putting up static displays on houses, and we came up with a plan to outline the house, and decorate the almost 60’ tall pine tree that stands at the front corner of our lot. One day as we were texting back and forth about the plan, he sent me a gif of that original Carson Williams display, and said “next year, haha”. That’s when Foxtail Holiday Lights was born.

October of 2017, I began planning, studying, watching, reading, learning, working, and building what would become the 2018 display. I was inspired by watching other great light designers (Matt Johnson and Tom BetGeorge just to name a few), and made the decision to finally build the light show I’ve always wanted. For the 2018 display we had just over 3,000 pixels, and have grown every year since. I programmed the entire show using a program called xLights. That xLights community is truly amazing, and helped me so much along the way.

So, in conclusion, I did this light display for two reasons. First is a selfish one, because I wanted to. I had fun learning, and working to get this display done. I have fun every night watching it from either outside, or in one of my windows. And if I didn’t enjoy it, why do it? The second reason I do it is because maybe a kid, in their old family car,  sipping hot chocolate in the backseat under a blanket, will drive by. They’ll watch the show, and create a holiday memory that they will look back on when they get older with fondness. Not to get on my soapbox, but we’ve lost that simpleness of Christmas. Far too often families are busy, running from place to place; standing in line at the store to get the latest and greatest gift; or on their phones at dinner, if they even eat dinner together at all. But maybe, just maybe, there are still some “ol’ timers” like me out there, that just want to step back, and enjoy this time of year. I do this show, for you. 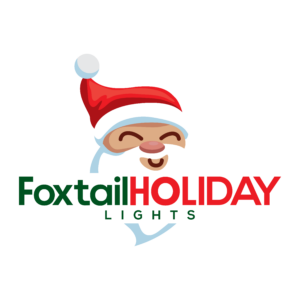